A few years back, a fellow Jaya Kula community member broke up with her boyfriend. She had her eyes on a new guy and didn’t appear to be wasting much time grieving the end of a long-time relationship. Not nearly enough time according to the High Court of Matri!

For some reason, Lord knows why, she asked my advice about going after the new crush—did I think it was too soon? I advised her to observe a properly respectful period of sober, celibate reflection.

When Shambhavi heard about this her comment was, “Why is that, so she can suffer even more?”

This was the moment when I realized that people are free to do whatever the fuck they want. There’s no script. You can have two lovers at once! You can train fleas to do trapeze! You can live in an underground bunker and eat canned beans! The playing field is wide open. Wide. Open. 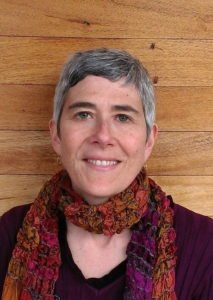 Waking up is a string of moments like these, in my brief experience. Sometimes all it takes is a word, a look, or even just a faint whiff from my teacher’s general direction and POOF, a solid chunk of karmic tension crumbles into dust with a sudden widening of View. When the dust re-coheres, as it seems to do sooner or later, it takes up less acreage. Space has begun to infiltrate.

After that day, my High Horse became a pygmy high horse. I wasn’t ready to ditch it entirely. Sure, people were perfectly free to do whatever they wanted, but it was clear (to me at least) that we’d all be better off if everybody toed my Puritanical line, especially in the areas of hygiene, diet, personal grooming, lifestyle—ok, in pretty much every area. I had become a little more tolerant, is all.

At one point during the Tolerant Era I announced to Shambhavi that I’d taken a vow to ignore other people’s faults. She laughed. “What faults?”

Tolerance is arrogance masquerading as openness. Living with other practitioners over the last year and a half, I’ve been getting a lot of practice going along with doing things their way, while secretly (not so secretly) holding onto the conviction that my way is better.

The problem with convictions is that they’re just stubborn mental constructs. When you live by conviction, you’re ignoring how the world actually is. Luckily, Reality keeps patiently showing us itself, poking holes in our ideas until clarity busts through.

Often, I find that this happens with very little fanfare, catalyzed by the simplest of events.

On our deck at Kashi House we have a collection of flowerpots that we planted together in the spring. I was doing most of the watering, so I decided I’d send out an email to my housemates and ask for help.

I felt really good about this email. It was simple, direct and nonjudgmental. Wow, I thought, I can just say what I want. I can skip the velvety manipulations and go straight for the ask!

Of course, as you’ve already guessed, I’d forgotten the most important part: let go of the outcome. When only one of my housemates responded to the email, all my laudable equanimity fizzled. I was pissed. This wasn’t supposed to happen. My friends were supposed to respond in kind. I put out 100%; they should come back with 100%. The world should work this way, MY way!

(This particular conviction, as Shambhavi has pointed out to me many times, is a favorite hungry ghost fantasy. When our carefully constructed package of behaviors doesn’t get the result we expect, we think something is wrong. We think everything is wrong.)

I indulged my indignation for a few hours until it was wadded up so tight that I prayed to Ma, “Untie this knot! I don’t want to spend the rest of my life being disappointed in people.”

Right then, I was given an insight that has changed everything:

When I realized this, the whole idea of flaws became senseless. There’s nothing to tolerate. There’s just mind-blowing variety to admire and participate in with dumbstruck awe, frequent hilarity and occasional heartache. We care about such an insanely wildly diverse array of stuff! Who would want the world to be any other way? I mean, if all species subscribed to one uniform idea of how to be, imagine the unbearable homogeneity!

One morning a few days after this realization, our neighbor was in his backyard having an irate phone conversation with a customer service person; everyone in the vicinity got to hear the stream of obscenities. Naturally, this was a topic of conversation later as we were getting breakfast.

I felt quite rattled by the man’s display. Elaine thought it was entertaining. Shambhavi had a two-word comment: “People yell.”

“You weren’t disturbed?” I asked.

“Not in the least,” she replied. “And the only reason you’re disturbed is because you think there’s a right way and a wrong way to be.”

Reflecting on this later, I realized that I’ve judged people my whole life out of fear. If people don’t have to care about what I care about—yikes! Then I don’t even have a leg to stand on, much less a horse. Everything suddenly looks shockingly uncontrollably unpredictably alive. People yell. They chop men’s heads off. They crash planes into buildings. Seawater rises. Tornados hit, and earthquakes. Forests burn. Viruses replicate. Cities rise and fall. This is how it is.

Maybe the best part of ditching the High Horse is, I don’t have to care about what I think I should care about either. After 48 years of living in a boring, safe, self-righteous fortress, I can venture off on my humble human feet and start really finding out what IS.