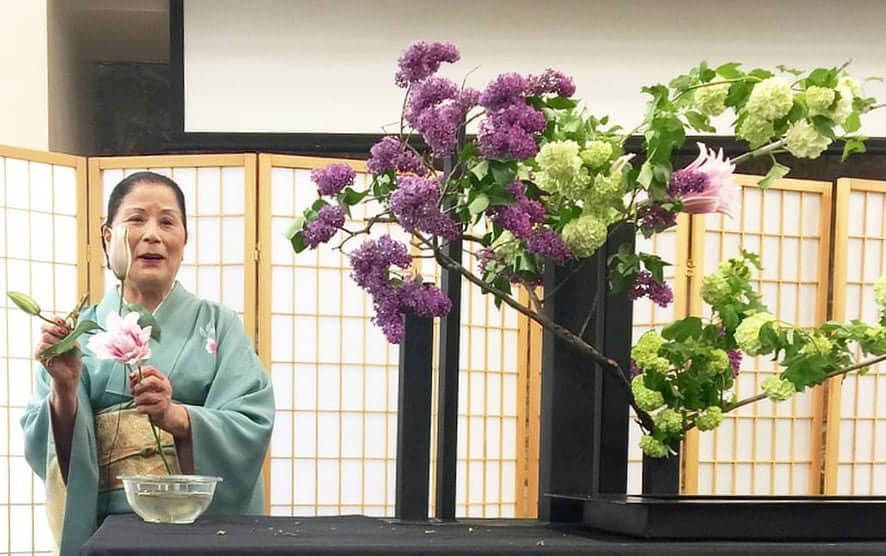 Join us for an inspiring afternoon learning about the view and practice of Sogetsu Ikebana (flower arranging) with renowned teacher Sensei Soho Sakai.

what is sogetsu ikebana?

The Sogetsu school of Ikebana was founded in the early 20th century. A hallmark of Sogetsu is its creative, “anyone, anywhere, anytime, any materials” approach. In comparison to earlier forms of Ikebana, Sogetsu is considered to be more open-minded and even avant garde.

What will I learn?

Sensei Soho will offer a teaching on the view of Sogetsu Ikebana and do a brief demonstration. This will be followed by a hands on workshop during which each participant will create their own arrangement guided by Sensei Soho.

This teaching is part of Jaya Kula’s summer retreat: Nectar of Devotion.

If you are attending Nectar of Devotion, either in full or in part, the fee for this three-hour teaching is $65. This includes a $20 materials fee for flowers. Dashamamsha contributors pay the attendee rate for this teaching.

If you are attending the Sogetsu Ikebana teaching with Sensei Soho as a stand-alone event, the fee is $80.

In addition, participants are asked to bring a bowl, a shears, and an Ikebana flower frog holder needle point flower holder).

GO TO A DETAILED DESCRIPTION OF ITEMS YOU WILL NEED TO BRING! 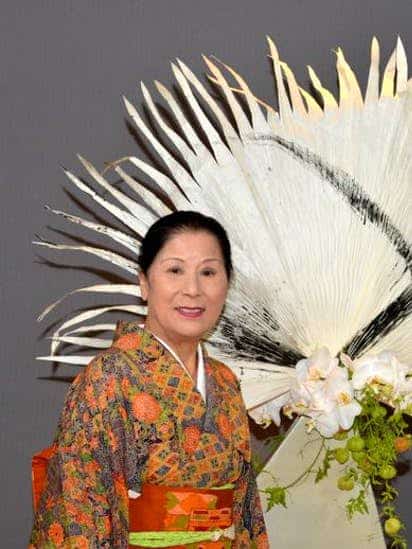 Soho Sakai, a native of Japan, began practicing the ancient Japanese art and discipline of Ikebana in 1957 in Kumamoto, Japan.  She received her teachers’ Diploma from the Sogetsu School of Ikebana in 1961, just prior to coming to the United States.

In March, 2017, she received the SHOREISHO, and in April 2017, received 90 Anniversary honor award from the Headmistress Akane Teshigahara.

A much loved and respected teacher, she has taught in the Bay Area since 1974 and has a large and devoted following of students. She taught at City College of San Francisco for 30 years. Presently, she teaches at the Albany Community Center, Orinda Community Center,  addition, she gives private lessons at her residence and other locations.  Her student enrollment numbers over 150.  110 of her students hold Sogetsu Teacher’s Certificates.  Many students who have studied with Soho now reside in various parts of the United States and around the world.

Soho bases her teacher-student relationship on friendship first, followed by appreciation, cooperation and mutual understanding of Ikebana.  She creates a relaxed atmosphere in her class and thus gently encourages each student to express his or her unique, personal, and often hidden artistic vision.  Through her deep affection and respect for flowers and plants she strives to reveal the beauty, dignity and human essence of Ikebana.

She is also in high demand as a demonstrator and floral designer for special events.  Because of her exciting expertise, she was invited to be the guest speaker for the American Institute of Floral Designers (AIFD) National Symposium, held in San Francisco, in 1987, 1999 and 2011 and Bouquets to art in 2011 and 2014 at De Young Museum in San Francisco. In addition, Soho continues to give demonstrations for numerous garden clubs and other special organizations.  Soho is known for her lively spirit and ability to relate to audiences.

I am very lucky; I love people, flowers, nature, and what I am doing. – Soho Sakai