For centuries, China has recognized green and other teas as some of nature’s most powerful healers. The offering of tea can also serve as a deeply transformative, devotional spiritual practice.

In this teaching, Nam Singh will demonstrate three forms of Chinese tea ceremony:  the daily solitary practice; the formal social practice with up to six people; and the Taoist tea ceremony, a solitary private practice known as Cha Dao.

what will I learn?

This teaching is part of Jaya Kula’s summer retreat: Nectar of Devotion.

If you are attending Nectar of Devotion, either in full or in part, the fee for this three-hour teaching is $45.

If you are attending Chinese Tea Ceremony as Spiritual Practice with Nam Singh as a stand-alone event, the fee is $60. 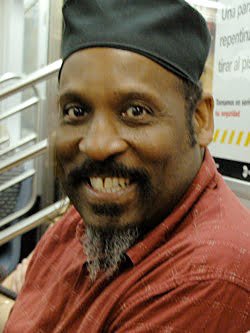 Nam Singh is a graduate of the Tai Pei Institute of Traditional Pharmacology and Acupuncture and of Wei Chuan’s Culinary Educational Foundation, Taipei, as well as a chef specializing in Chinese medicinal cuisine.

In 1992, Nam Singh founded the South Star Academy of Cooking with the Herbs and Teas of China where he serves as the chief instructor.  The Academy’s main focus is to empower individuals with the appropriate knowledge of the Taoist understanding of functional foods (Eating for Longevity), Taoist health sciences, and spiritual practices. Nam Singh is also on the faculty of the Academy of Healing Nutrition, a Holistic Nutrition Coach Certification Program in New York City, London, and Prague. Formerly of China Moon and Monsoon Restaurants, he currently resides in San Francisco. He has collaborated on two well-received books: Between Heaven and Earth, A Guide to Chinese Medicine and The Chinese Immigrant Cooking.