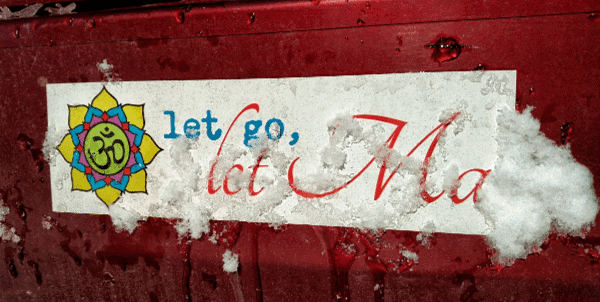 “You people don’t realize it, but mY sadhana is just playfulness.” −Anandamayi Ma

When my astrology teacher told me that the best place for Jaya Kula was Portland, Maine, I laughed heartily. What great alchemy for everyone! Who can take such a move too seriously? Perfect.

Now, many more people than I expected are moving. I think the fundamental silliness of a move from Portland to Portland is a contributing factor. Despite the hard work of packing and uprooting, there is a feeling of adventure and fun permeating the entire enterprise. Why not? Detachment means not taking ourselves too seriously.

Ramakrishna, the vedantic by day, Tantrik by night saint from India, referred to the human realm as the Mansion of Fun. It is not fun, of course, when we spend our lives wringing our hands and worrying about every move we make. The real fun only begins when we participate with a spirit of playfulness.

Anandamayi Ma had a word for this: kheyal. It is the music you listen for and respond to with your own music. Kheyal is the movement of a call and response world.

I once had a certain spiritual experience that led me to go to India quite on the spur of the moment. Some people called me crazy then. But as a result of this listening and following, I became unexpectedly much closer to Ma, my true teacher.

The movement of following, sometimes the form of a teacher, is the movement toward realization when it is the product of sincere listening to one’s own wisdom heart. This deep listening and following often looks crazy to people who are living with a more ordinary mindset. Once you are in the stream of listening, though, those external and sometimes internal expressions of ordinary mind become less disturbing.

The more we listen and follow wisdom, the more our confidence in life grows. And along with it, a sense of music and play.