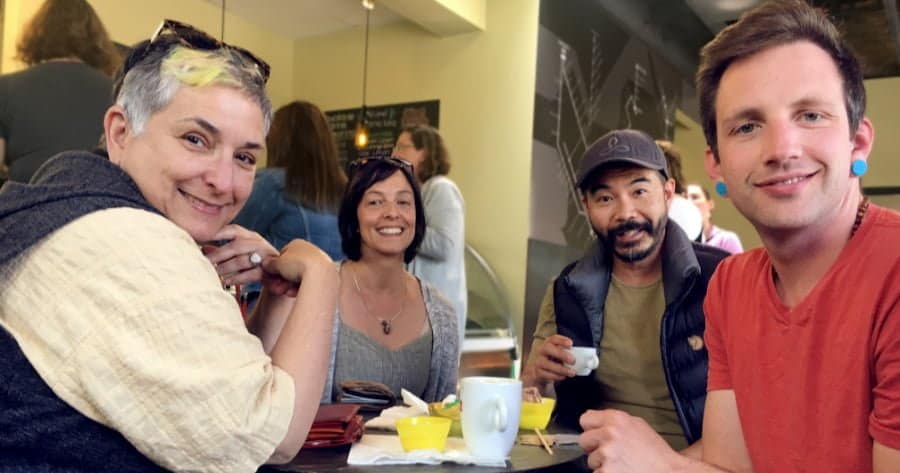 Shambhavi explains the special meanings of the word kula and how kula relates to the method and fruit of our sadhana. A podcast from Satsang with Shambhavi

Tonight I thought I would talk about kula. Of course, the name of this group is Jaya Kula, which means victory family. The victory part is easy to understand. Victory means realizing your own nature. It’s a family of people who are gathered together in order to realize our own nature, our real nature.

The word kula is actually an ordinary word that means family. But it has an ancient and specific set of meanings in the Trika Shaivite tradition. So although it could be used in an ordinary way, it has been used in special ways for many hundreds of years. There are many beautiful writings from the Trika tradition about the meaning of kula, some of which we’ve occasionally studied together.

I’ll talk about two of the meanings of kula right now, and from that you can kind of infer something very essential about a spiritual community. First of all kula means those who are gathered around as part of the spiritual family of the teacher. There’s a specific word for that, gurukula.

In ancient times and even today, there would be a teacher living in a householder situation. That’s because this tradition and these kinds of traditions were never really monastic until very recent times, when there were some occasional monasteries calling themselves Tantrik monasteries. But for the most part these have been householder traditions. So the teacher would live with a family, and then students would gather round and live in that same household or nearby and receive teachings.