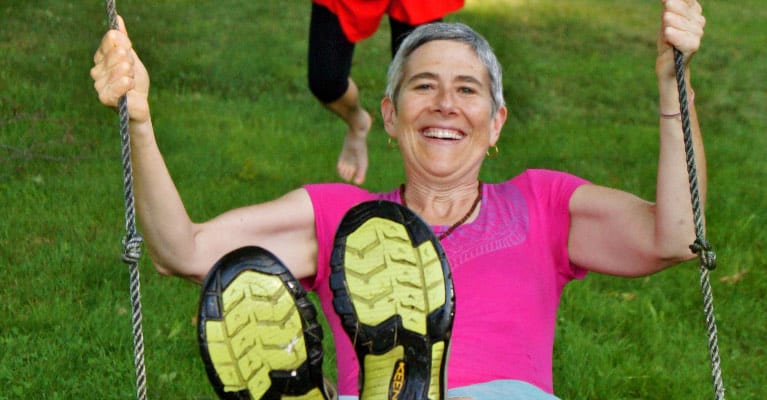 It’s hard to be playful! What’s up with that? Shambhavi offers some practical instructions for getting your play on. A podcast from Satsang with Shambhavi

Student: I do. I wondered if you would talk about playfulness. One of the things that we’ve been noticing over here, it’s it’s a little hard for us to be playful. And we all have a lot of kind of Saturnine influence – all three of us – and it just feels like kind of a heavy time also. But I was just listening to this wonderful talk with Tenzin Wangyal Rinpoche, and he said this thing that really struck me, that “playfulness is a result of confidence in the self,” he said. And I guess, you know, you can’t fake that. You can’t just fake being playful. We’ve been trying over here, but…

Shambhavi: How is that going?

Student: Well, everyone’s very cheerful and agreeable, but, we’ve just been having a little bit of a hard time being actually playful.

So there’s no such thing as perceiving the nature of reality without recognizing that it’s also what you are. And one of the things that we must do in order to subtlize our senses is open our channels, open our subtle channels. And there’s definitely many things you can do to facilitate that.

The video that I posted both on Facebook and on Slack, that Kung Fu Qigong video has a lot of hopping up and down type of movement and vigorous shaking kind of movement. And there’s a – it’s a thing – in Qigong called shaking the channels. So doing that could possibly induce more playfulness.

Being still right now, most of us are being more still than we are when there isn’t a pandemic. And this is a problem for playfulness. You know, even if we do more exercise – I know which I’ve been doing more sort of video exercise, watching and following – it really doesn’t substitute for getting out and about, and just having more movement in our day generally. And that induces stagnation in the channels, which causes heaviness and lack of playfulness. And it could cause depression, too. Or a feeling of sluggishness, discomfort, and ultimately isn’t really good for our health either.

So we should do more vigorous activity, but not necessarily activity that is super structured. So, for instance, weightlifting is vigorous activity, but it’s very, very structured. I would suggest incorporating some unstructured movement, for instance, into your asana practice. Or just several times a day doing unstructured movement, jumping up and down, hopping around, dancing, anything that you can do to invigorate. And that will help be more playful.