The Karma of Marijuana 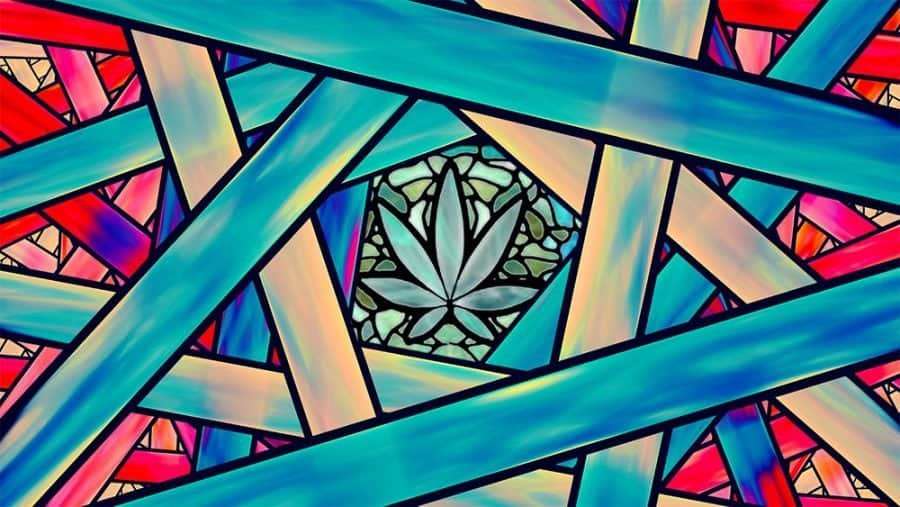 Many people claim that marijuana is harmless, and they make reasonable arguments in favor of its recreational use. But when we investigate marijuana as spiritual practitioners, the View is a little different.

If you are a spiritual practitioner, or someone who wants to decrease your karmic entanglements, please consider these points.

Arguments supporting the legalization of marijuana for recreational use are often made in the context of a comparison to alcohol and the failures of prohibition. But if we are in the process of trying to wake up,  marijuana is not very similar to alcohol.

As with every medicinal, ritual or psychotropic herb, cannabis has a unique personality, or way of acting in the world. Some people would call this the plant spirit. The signal action of cannabis is to induce a lack of clarity in general, but also a special kind of lack of clarity about the herb itself.

Marijuana’s specific action on the subtle energy body causes people to develop strong attachments to beliefs that the herb is providing them with access to greater creativity, insight, spirituality, and nervous system relaxation.

As Elliot Cowan, author of Plant Spirit Medicine says, “Marijuana tricks people into believing they are benefiting from it.”

Marijuana and the Five Elements

This process is easiest to understand in the context of the five elements: earth, water, fire, air and space.

In the beginning of someone’s relationship with marijuana, the natural bristling clarity of space element manifests as a vague kind of spaciness lacking in brilliance and precision. Still, there is an echo here of the sense of wonder experienced by realized yogis.

The regulated movement of wind element that, in its most pristine condition can lead to real inspiration,  becomes disorganized and hyper. It manifests as disjointed verbal excess and giggling. These wind and space element distortions combined create the illusion of inspired thinking.

Clarity can feel too intense or even painful when our elements are unbalanced. Marijuana shuts down space-element clarity. This feels relaxing. But prana is becoming more unseated and disorganized. Healthy relaxation happens when prana is seated. Despite temporary relaxation, long-term, the nervous system is jangled.

Some people also feel that they can focus better when they are high on cannabis. The reason for this is two-fold. Marijuana both steps down the clarity of space element, while stimulating fire element. So there  is, until fire element becomes too distorted in its expression, a temporary ability to focus, but  narrowly as in a kind of tunnel vision.

Over the long term, quite a bit of exhaustion and stagnation develops. A heavy, tired, cloudy miasma sets in, and sometimes a dull, chronic anger and paranoia. Wind element is exhausted. It’s hard to find the get-up-and-go needed to get on with one’s life. Clarity is further impaired. But you still might think that everything is fine.

Contrast this to alcohol. People who abuse alcohol are shortly subject to a host of physical, emotional, relationship,  financial and even spiritual crises. These are often the harbingers of a return to sobriety. While for karmic reasons, a person might make up stories about why it is okay to drink to excess, those stories are not being induced by the substance itself.

In fact, I have known quite a few active alcoholics and even heroin addicts who had absolute clarity about their condition.  I can’t think of a single chronic pot smoker who was able to maintain clarity while still actively using. And I’ve known a lot of them.

Despite what some sadhus claim, smoking pot is not a path to enlightenment. Lack of clarity breeds fantasy, and fantasy is the death knell of any authentic spiritual practice.  If you want to wake up, you won’t use cannabis recreationally, and you won’t incur the karma of supporting others to use it.

In my Ayurveda training, I learned several protocols for detoxification. We learned that the effects of marijuana linger, sometimes for years. A person who has been addicted to alcohol, and who wants to embark on a consistent spiritual practice can count on regaining ordinary clarity in a relatively short time. Of course, organ damage also has to be taken into account and treated. A person who chronically smokes pot will need to take herbs, even without any organ damage, sometimes for a couple of years.

Even if you are a casual user, the effects of marijuana accumulate and cause imbalances in your subtle body that tend to stick around and impact your clarity.

Even though most legalization schemes only allow folks to grow a limited number of plants for their own use, the fact that a single plant can fetch 5-20k is driving more people into the business of selling cannabis illegally. This creates stress for those people, participation in a potentially violent chain of illegal activities (including environmental degradation due to bad growing practices) and more karmic entanglements. If you are a practitioner who sells marijuana, the situation is even worse. The simple fact is, you cannot build a life of waking up on the backs of people you are helping to put to sleep.

The legalization of cannabis and its subsequent regulation and taxation by the government creates more karmic entanglement for us as a nation. In a more enlightened society, the government would not allow itself to become financially dependent on drug-dependent people.

With legalization, the recreational use of cannabis is likely to become more accepted socially. Parents who understand the deleterious effects of cannabis will have a harder time convincing their children not to use it.

Marijuana does have legitimate medicinal and ritual uses. As a practitioner, I would personally never use marijuana for pain relief, but I can understand why others would choose it over opiates or synthetics.

However, If you are a spiritual practitioner, or want to be, my advice to you is to not use cannabis in any form. The compassionate way is to understand the specificity of the karma (activity) of cannabis and to educate our children and others so that they can have more clarity and move forward toward greater awakening.

If you want to read more about this topic, see the following:
A Message About Drugs by Shambhavi Sarasvati
Ayurvedic Perspectives: Working with Marijuana Smokers
Scholarly articles about chronic pot use and bipolar disorder

Many people have written to me over the years asking how they can get Ayurvedic treatments for detoxing from marijuana use. Here are two U.S.-based clinics with good Vaidyas that you can contact. They both offer online consultations.
http://www.shubhamayurveda.com/
https://thearogyacenter.com/clinic.html