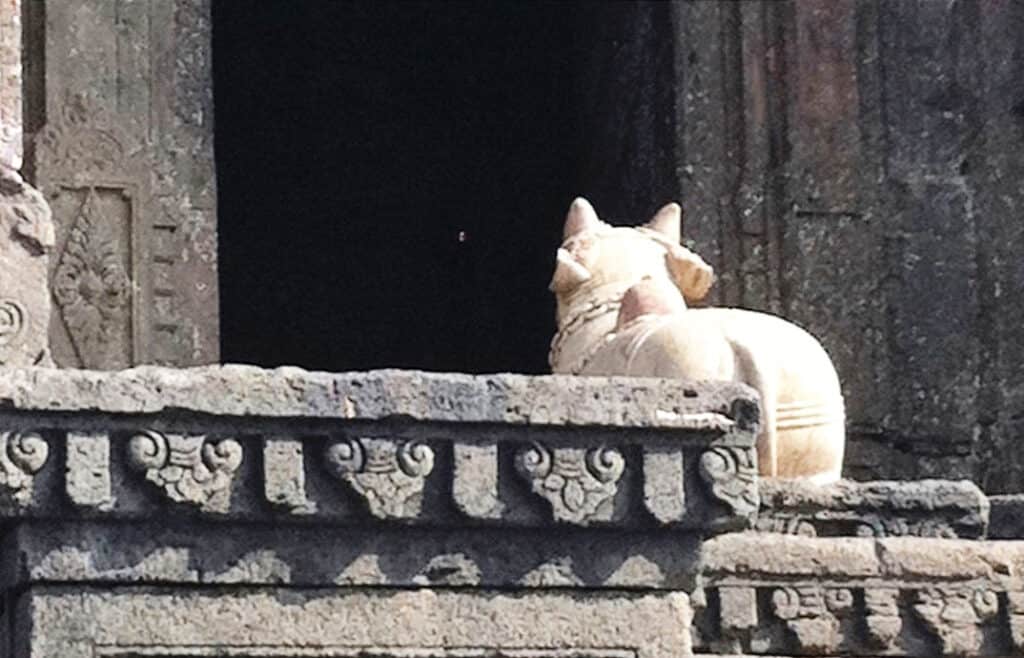 This year, 2021, I turned sixty-five. Seeing me grow older, a student suggested that I write about my life. I’m not very interested in what has already happened, so I wrote the following few words. ~Shambhavi Sarasvati

I’ve known about the roundworld since I became self-aware. The roundworld is our world with the blinders of concept and conviction removed and the gates of perception flung open. When this happens, we can experience infinite layers of wisdom and magic and glad collaboration. My lifetime companion has been the longing to break through my own flatworld vision and participate more fully in that.

During childhood, I experienced and witnessed a lot of emotional violence. My mother and I were close, but my family was not kind. It was not a healthy crucible. Everyone but me paid a high price for this unkindness.

My resilience came from being in contact with a stream of goodness, of sweetness, that I knew flowed from a source larger than myself. It showed up as an inner prompting that guided my choices. I called this roundworld guide the Friend.

When I could sense and follow the Friend, I was filled with certainty about each step. I felt ineffably in sync with a beneficent, wise life that could not be ignored or disobeyed.

When I lost contact with the Friend, pulled along by ordinary compulsions and the fixations of others, I felt sick and alone.

Sometimes I lost contact for years, the darkest years of my life. Looking back, during those times I became like a creature only partly sentient, blown forward by disparate external and internal winds. I hardly knew myself or what was happening around me. Now I realize that many beings spend lifetimes in this confusion.

Before I met a spiritual tradition, I met a mystic. I was fifteen. She was an older woman, a psychiatrist who worked with subtle energy. She took me under her wing and taught me how to feel and free subtle energies in my body, how to see subtle energy in the sky, and how to drink energy from the sun.

I stumbled into sadhana proper when I was twenty-seven. I didn’t know anything about Hinduism or India for that matter. I’ve never been able to remember what motivated me to begin. Once I started, though, I recognized that I had found what would answer my longing.

My first two teachers had good sense, kind hearts, and valuable instructions. They were a little new agey, and I was critical of that. But I felt their sincerity and strength, so I set my reservations aside and continued.

From these teachers, I learned how to navigate life by following the subtle senses rather than the machinations of intellect. I gained more confidence in the unerring compass of the wisdom heart. I learned about my own snobbery and how it might have prevented me from setting out.

My third teacher had a lot of knowledge and deep scars of pride and self-doubt. He could explain the View well, but he also used it to manipulate and abuse students.

From this I learned about my own pride and the uselessness of sick effort. I learned that open-heartedness, devotion, modesty, and honesty are indispensible if you want to actually wake up. I learned to discern realization from manipulation.

I learned a lot of sadhanas which I practiced diligently. I learned that the desire to realize is the most powerful force in existence. I learned more about the wisdom inherent in every circumstance and to have confidence. I learned how to leave, and I stepped onto the long road of discovering the value of invisibility.

Living through this, and continually doing sadhana, I met better teachers.

I met a teacher who gave me gem-like instructions for avoiding self-deception and discovering the natural state. He shared his devotion to his teacher and his experience of  carrying his lama over the Tibetan himalayas to safety in India during the early days of the invasion.

He showed me the face of sweetness, modesty, reverence, and true service in a human being.

I met a teacher whose face was a river of ever-changing natural life and whose transmission of spontaneity showed me how contracted and contrived I still was even after years of sadhana.

From one teacher and friend, I learned a practice of divination, and through this, I gained patience and the skill of waiting for the proper time.

I received many other valuable teachings. From some of my teachers, I learned to quietly absorb what was offered and not inappropriately demand attention. From others I learned to gently refuse what I ultimately didn’t want or need.

Especially dear to me are the teachers who have visited me in visions and dreams. They have given me advice, aid in times of distress, and initiations, including the name “shambhavi.”

From some, I learned of my brattiness and pride in previous lives. I became more determined to be rid of these and any attachment to the persona of “rebel,” once protective, but now just in the way.

One showed me that the heart of creation is everywhere, overflowing always with unrestrained generosity.

One showed me the timeless darkness in light and light in the darkness.

One showed me the necessity and beauty of chaos and destruction.

One showed me the unification of all in the heart.

Each of them showed me compassion and more of the magic of this life.

In my early 40s, I met both my root teacher and my principle Dzogchen teacher.

From Namkhai Norbu Rinpoche, my Dzogchen teacher, I learned innumerable things, including sadhanas that opened my heart and enabled me to share that with other beings in a useful way. I learned how to give my all through my breath and time.

Anandamayi Ma, my root teacher, died about a month after I turned twenty-six. She announced herself to me many years later in visions and dreams. Now she accompanies me always as the presence of Guru. From her I learned the real nature of existence.

I learned that all of life is made of wisdom, that the Self is wisdom. I learned that compassion is woven into the fabric of reality. I learned that we cannot cultivate anything; we can only discover what is already there. I learned of the unending mercy and curiosity and playfulness of this alive, aware reality. On a balcony in her ashram in Varanasi, she granted me these understandings, flooding the gates of perception: body, energy, and mind.

What she showed me, and continues to show me, cannot be captured by words. But I have kept on with my incomplete attempts to deepen my understanding and embodiment of her gifts and also to share them as best as I can. 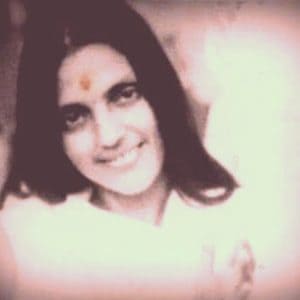 Contemplating the brilliant beacon of Anandamayi Ma, I know how enlightenment actually is. I don’t get stuck thinking I have arrived or ever will. I don’t want anyone else to get stuck either. I’m grateful for my students who, seeing more or less clearly, keep on practicing and working with the real circumstances of their lives just as I have.

Recently I learned that three of my living teachers have connected me through lines of transmission to two others, deceased long before I was born. These two—Patrul Rinpoche and Nyala Changchub Dorje—have inspired me greatly through their simple way of living and uncompromising embodiment of view.

As have many others, I’ve looked to their example for guidance about how to live in this world. Their display of full humanity without hiding or contrivance has emboldened me to let go of many of my attachments to the external trappings and dogma of so-called spiritual life.

Sometimes I’m beset by old gripes and pains. I get angry at the state of the world, or even at my teachers. I get tripped up by optimism or idealism and then fall into stale disappointments. When I consider the lives of my more realized teachers, I find myself looking into a pristine mirror reflecting back my own laziness.

But no matter what my shortcomings, I have never been abandoned by my devotion to my teachers or by my confidence in the living awareness that is everywhere and the origin of all. For such inexplicable grace, I’m astonished every day of this life.

Shambhavi also wrote Sixty-five Prayer, a poem about this time in her life.