Maya and the Enjoyment of Duality 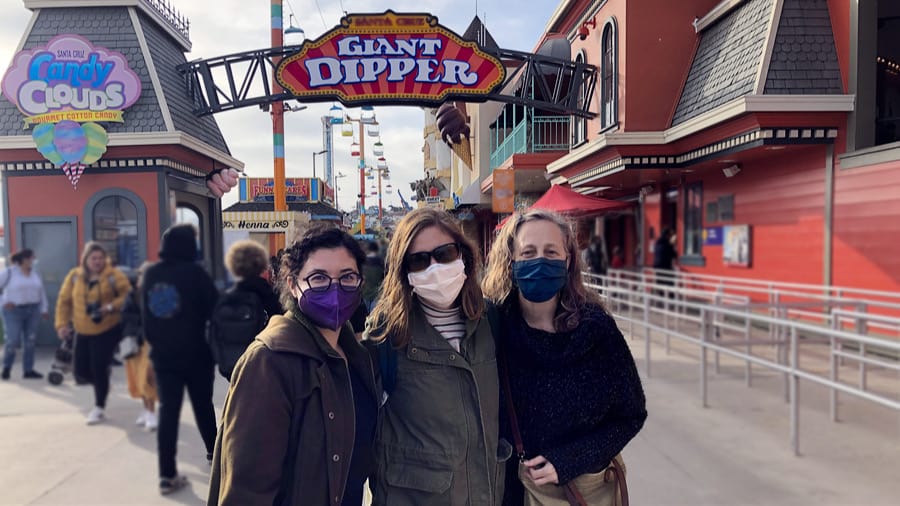 In Trika Shavism, Maya creates appearings, not illusions. What’s the difference? A podcast from Satsang with Shambhavi

SHAMBHAVI
One of the easiest ways to understand the essence of the difference between Advaita Vedanta and Trika is through the word Maya. Abhinavagupta and other siddhas of the Trika tradition, and also other traditions that got folded into it like Pratyabhijna, they were actually in dialogue with Advaita Vedantists, and they were actually in dialogue argument with them.

Abhinavagupta said one thing about Advaita Vedanta—supposed to be a nondual tradition. But he said if you divide reality into unreal and real, if you say certain things are illusions, are unreal and other things are real, then you have reintroduced duality. That was one very simple argument that he made.

There's sort of a spectrum between we are being fooled by Maya, this principle of creating the illusion that blocks us from seeing the real nature of things, and that it's terrible and it's degraded and we should try to get away from it.

One of the really big differences is that Advaita Vedanta, despite being a nondual tradition, I would also say that it is transcendental—sort of culturally transcendental—in that it has a negative, disparaging attitude towards life on Earth and life in human bodies. That this is something we should try to transcend.

And of course, in some iterations of Advaita Vedanta, the trajectory of a human being is to end up in Bramha Loka and not exactly quite merged with Bramha, but somehow purified, and that means no longer being on Earth.

All of these things are radically different from what Trika Shaivism says.

Trika Shaivism says that—or Abhinavagupta says—there's no point talking about unreality because nothing unreal can exist. It’s actually pretty profound when you think about it. How can we even talk about unreality? Do you understand what I'm saying?

STUDENT 1
I think I understand, yeah. So Advaita Vedanta basically sees phenomenal reality, like the reality that we live in, as completely unreal and true, ultimate reality is transcendental to everything.

SHAMBHAVI
Yeah. Except that I would want you to be a little more nuanced about that, because not everyone teaching or writing in the traditions of Advaita Vedanta says that everything is completely unreal. That would be one extreme position.

But they all say that everything is illusory, that we're mistaking the nature of everything, and [STUDENT 1: I see] that there's something degraded, and we want to get away from it and go into some other, more divine realm. So there's a separation between the illusory nature of life here on Earth and some purified realms.

So there are many points at which dualism sneaks back into Advaita Vedanta. It’s one of the critiques that Abhinavagupta made of it.

So in Trika, the word Maya means basically she who creates these marvelous experiences of difference, of diversity. So Maya is working with her tools of limitation.

In Trika, the word illusory is not used, the word appearings is used. Not appearances, which implies something is just an appearance, not illusion—appearings. It's a specific word in Trika. Meaning that the Lord, which is everything, appears as these limited forms.

And there's absolutely no disparagement about that. In fact, the appearings of the Lord as all these limited forms, and Maya is the devi who holds the tools of limitation, and who basically carves out of the infinite these incredibly diverse experiences that are then enjoyed by the Self.

And this is encapsulated in a concept called jivanmukti, which you may have heard of. It means an individual who's liberated in life. Someone who goes through this whole process of waking up and then remains here to enjoy the diversity of this world, or some world.

In some Trika texts, Shaivte texts from Kashmir, you'll see Lord Shiva referred to as a magician, someone who creates this magical display out of his own self. So it's not just that the philosophy—I wouldn't call it philosophy, it's basically realization, recognition of the nature of things in words—not only is the View different, but the tone is totally different.

And it's always very important to pay attention to the tone of different traditions, because that's where a lot of the understanding can come from.

So the tone of tantra in general in the different forms that it takes in India and in Kashmir and also of Dzogchen from Tibet—they share this very, very much—the tone is celebratory, not mourning, not disparaging, not admonishing.

STUDENT 1
So the approach to phenomenal reality, the flux of existence, is more positive and affirming its divinity.

SHAMBHAVI
Exactly. It's an immanentist tradition where [STUDENT 1: I see] that awareness and creative energy is immanent—it comes from within.

So suffering is seen as a phenomenon that happens when we haven't yet recognized the real nature of things.

Then this is also a difference in tone from pretty much all of Buddhism, where the alleviation of suffering and the discourses on suffering and the definition of human life as suffering—this is what the Buddha taught, the Shakyamuni Buddha.

The teaching in this kind of tradition, including Dzogchen and some other forms of Tibetan Buddhism that are not Mahayana and certainly not Theravadan—is that there is no suffering.

From the perspective of an enlightened Self, even suffering is enjoyable. But of course, we don't have that experience. We're not trying to bypass our suffering.

But that is a very big difference, especially between the View of this tradition and Dzogchen and other forms of Buddhism. So, for instance, Dzogchen and Nyingma tradition from Tibet have in common that their main form of Buddha is Guru Rinpoche, Guru Padmasambhava, not the Shakyamuni Buddha. And of course, Guru Padmasambhava was an avatar. He had very different teachings than the Buddha.

STUDENT 2
So I wanted to ask a little bit about that suffering aspect that you were mentioning—how there is no suffering though we can’t bypass it. What's up with the forgetting aspect? Is that part of that limitation principle?

SHAMBHAVI
Yeah, well, actually, Abhinavagupta wrote that there's not even any ignorance. He didn't even want to use that word. He said there's more or less access to wisdom—that we aren’t ignorant, we just have limited wisdom. [laughs]

We all do have some wisdom, right? Sort of glass half full, glass half empty kind of a thing. It speaks to the tone of this kind of tradition. Whereas in more mainstream Buddhism, for instance, there's just such an emphasis on suffering—that's part of the tone of those traditions.

We are working with our suffering in a particular way, if we're on this kind of path, which is we are just doing our practice and trying to not attack our suffering head on and take it on as an identity. Of course, that goes against the entire U.S. culture at the moment [laughs] where suffering has become a huge part of people's identities.

And I think this is one of the reasons why Buddhism is more popular among formerly Judeo-Christian people. [laughs] Because Buddhism has that same emphasis that we're used to.

So we're going to feel pain, and we don't want to deny that we're feeling pain. But pain and suffering are not the same thing. Suffering is attachment to certain concepts about the self, to expectations mainly—ideas. That's what causes suffering. But everyone feels pain.

As I like to say, if an enlightened person stubs their toe, they're going to say, ouch, it hurts. [laughs] We're not trying to become numb.

We can kind of think of God, or Shiva, as the experiencer in chief. God is out there just enjoying the heck out of all these incredible experiences, including stubbing one's toe or whatever else happens.

So we want to try to approach what's happening as pain. And this is one of the reasons why in the early teachings of Jaya Kula, we talk about the gunas and try to relate to our emotional pain on a more energetic level, so that we can begin to detach from our story about that and our attachment to that as part of our identity. And that's a big part of the practice.

And the other thing is that although some iterations of this tradition promise enlightenment in one lifetime, I'm not laying any bets on that for anybody.

We should just expect that whatever we're doing is going to take a really long time. That we're going to have fruits along the way, incrementally, and we should just relax and keep putting one foot in front of the other, and enjoy as much as we can.

You'll notice that there's a big emphasis on pausing for moments of enjoyment and letting ourselves relax into those moments. And as it says in the Vijñana Bhairava Tantra, when we do that, we're more like Lord Shiva, who is in a continual state of enjoyment.

And I can tell you this is not just an idea. It's easy to say, oh, God is in a continual state of enjoyment. Isn't that nice for all of us?

But it isn't just a concept. It's not philosophy. It's something that you directly experience when the gates of your perception are more open.

And there are some Buddhist traditions, Nyingma in particular, but some Kagyu teachers, too, who have written about suffering and acknowledge—there's a whole book by one Buddhist tulku, it's just called There Is No Suffering. [laughs] And these are more absolute teachings.

U.S. Buddhism is really different from Buddhism, for instance, of people who are teaching only in Tibet or India or wherever they're teaching. That's my experience, anyway.

I've never had an American Buddhist teacher, but I've known some of them—and one of the things that happens is people never get the absolute teachings. They always stay in the relative. And so these kind of teachings, even though it's part of their own tradition later down the road, they don't know that.

And of course, the teaching method in various forms of Buddhism—not Dzogchen, but other forms—is that you get these relative teachings first, and then you're supposed to progress. But there are often no teachers in these American Buddhist communities.

So some of these traditions are not that different from what we're doing, just that very few people studying in the U.S. know that, and they probably would be shocked.

I love what Dilgo Khyentse Rinpoche said—a very realized llama, I think he was a Nyingma but I'm not sure. He said once you realize how things actually are, there's always a slight smile playing behind your lips because you find everything a little bit funny. [laughs] And this is true.