The Meaning of Matrika 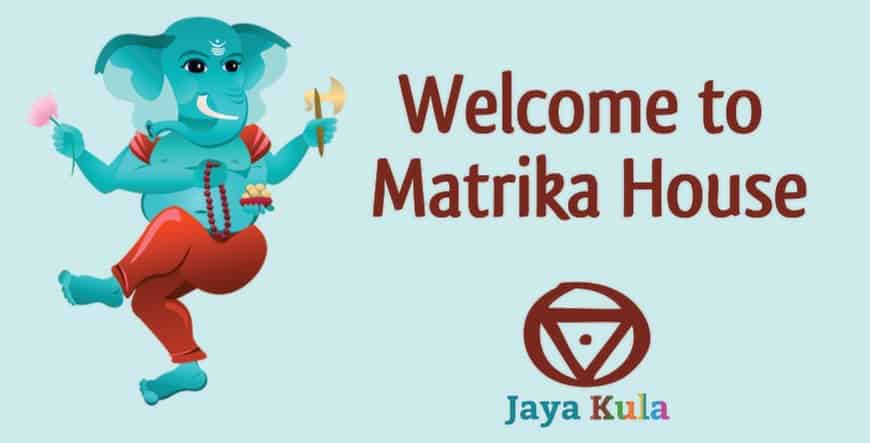 Jaya Kula’s teaching space is called Matrika House. How do the Matrikas—the letters of the Sanskrit alphabet—relate to the View of Kashmir Shaivism? A podcast from Satsang with Shambhavi.

Welcome everybody, especially those who haven’t been to our new home, Matrika House. Tonight I’m going to talk a little bit about Matrika, and what it means. It’s actually one of the most central—maybe the most central—insight of the yogis and siddhas in this tradition. That is: there’s a direct relationship between sound and the creation.

The word Matrika means little mothers or the mothers. If you Google this, or look on Wikipedia or something, you’ll see stories about the 7 or 8 forms of Shakti that help to defeat some demons in Indian mythology. The word Shakti means creative power. And in the sense that the Matrikas in those stories are forms of creative power, they’re forms of Shakti. That’s pretty much the same meaning as in the Kashmiri tradition.

The tradition of Kashmir Shaivism, or Trika Shaivism, is the Tantrik tradition of North India. In this tradition, one of the ways we describe reality—the ordinary reality that we experience every day—is as visible sound. There’s a fundamental vibratory quality to reality. And that vibratory quality relates to sound, language, letters of the alphabet, and words. It relates to all of the forms that we experience now.