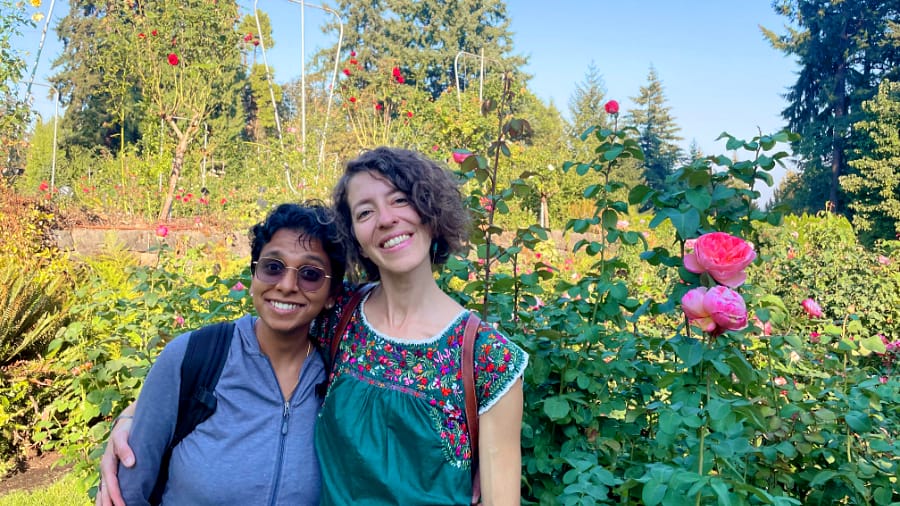 Compulsively seeking validation gets us nowhere. Sadhana helps us to establish new samskaras that lead to freedom. And even spiritual traditions can have their limitations. A podcast from Satsang with Shambhavi

STUDENT 1
I want to know what you think about like validation and invalidation.

SHAMBHAVI
Well, anything that holds up a principle like validation, if it means you always get told whatever you say is good and true and right—is that what it means? I'm not exactly sure what you're talking about to tell you the truth, because it's not language that I use so.

STUDENT 1
I would just say people talk about their feelings—people understand. It just makes you feel really good and very supported.

And the question is really, for people who are in spiritual traditions, do we want to keep having those feelings? Right? [laughs]

So for instance, let's say that I'm chronically sad, and every time I express to a friend or a therapist or a recovery community forum that I'm feeling sad, everyone goes oh…

SHAMBHAVI
Right? [laughter] Oh, poor thing. Nine times out of ten we're going to persist in being sad because we got that response. [laughter]

Yes, I get that feels good, but basically in some situations, I wouldn't say every situation, but in some situations it means that we're getting our karmas reinforced and we're having more reason to persist in our own suffering.

That isn't a good starting point for anything because it's like my infamous walking up to a tree and saying, I'd rather you not be a tree. I mean, it is already a tree. [laughs]

Again, none of our feelings are unreal. They just might be not in sync with what's actually happening because a lot of our emotional patterns are things that repeat regardless of what the circumstances are.

If I had somebody tell me, I know, isn't that annoying? every time I felt annoyed, I mean, I probably would just have, be having a totally different life, right?

SHAMBHAVI
[laughs] But luckily someone came along and told me your feelings of annoyance have nothing to do with what's happening. [laughs]

STUDENT 1
There's also just like a feeling of being understood. Is there value in that?

For many people that's what it means, not for everyone, but for many people it means—here's my story, oh okay, you agree, great. I feel understood.

SHAMBHAVI
And that's where the tricky part comes in.

For instance, these days we have a lot of narratives about trauma going around and you know, every little thing that happens is traumatic for some people because they're immersed in this narrative of trauma and their body energy and mind is validating it. They're living to the narrative.

And then they get in groups of people that are also doing that and that's like really perpetuating suffering. It doesn't mean that trauma doesn't exist, of course trauma exists.

But you know, you have to be careful about getting your story reinforced. It doesn't mean that you're wrong, it just means the story becomes the thing that you're living, that you're embodying.

And then it becomes harder to move into more open space.

Especially if that story and that feeling of being understood and validated is tied to your membership in a group and emotional ties with other people. Then you're even way more reluctant to give up that story and those patterns, right?

Because that means severing social ties in a certain sense, or the social ties become different or weaker or suddenly you don't feel so in sync with everybody.

Like the refuge of some twelve step programs, not necessarily the ones you're in but, you know part of the refuge that they offer is the narrative that no one can recover. You're in recovery, but you can't actually recover, right? So that becomes a refuge you know that becomes like part of the communal experience and then you live to that.

It's a kind of refuge, weirdly enough, but it is also something that people live to that then starts to shape their body, energy, and mind. It shapes, these narratives shape our real experiences.

And then that means we don't have other experiences. Our experience has become limited.

STUDENT 2
I understand that we don't want to get our identity from a group. It comes with problems if we do that, I should say that. But I've also heard you say that it's important to gather together with like-minded people, which then reinforces who you are and those same patterns. What’s the interplay there?

SHAMBHAVI
The way that these kinds of traditions work is that we use what we're good at, and even that which binds us, to help free us.

I didn't say that we should never get our identity from a group. I was only pointing out that certain groups have narratives that are very strong that help the group bind together and that are limiting. They limit what we can experience.

A lot of the things we're attracted to end up limiting us.

And those are attachments that will eventually lead to nonattachment, you know maybe over years, maybe over a lifetimes. Who knows?

For instance, if we have a habit of eating donuts at midnight that is going to lead to a fruit of diabetes, probably. Not to mention probably exhaustion because we won't be sleeping well.

So both of those things are samskaras. So when we do spiritual practice we are establishing a samskara, a new habit pattern. It's just what are the fruits of the different patterns that we have?

And then of course, we're not only establishing samskaras but we're establishing samskaras or patterns that have a strong aspect of ritual and devotion, worshipfulness, kindness. So those are all very expansive qualities that are going to lead to fruits of having more capacity in life rather than less capacity.

You know, diabetes represents less capacity, not more. [laughs] So think about habit patterns or samskaras and where they go and what their fruits are.

And the bridge is that we want to use our incredible capacity for attachment, our incredible skill at attachment [laughs] to attach to things that are actually expansive, and creative, and worshipful.

STUDENT 3
Sometimes I’m worried that a lot of what the Vedas had said it's been Brahminized or Sanskritized—it's basically very casteist also, or it could be. So I'm like getting tripped up on like what do I believe and like do I believe in this stuff more?

And what Ma said about that was that all the yugas are happening at the same time and different people are inhabiting different yugas, but in the same time period. She said that they're not cyclical.

So what does that mean? It means that when we have texts like the Vedas. Or we have later astrology texts that people are following, or Ayurveda texts that people are following. They're a mixture of the direct experience that is never tainted by the narrow access to wisdom that some particular author might have, or might have in some particular area of life and not in another area of life.

And then that means that we have more capacity and more clarity to recognize the wisdom of these traditions and texts, and to just throw out what we know is the product of limitation: cultural limitation, personal limitation, misogyny, casteism, racism, et cetera.

And then I also have the experience that there's misogyny in those traditions and fatalism and narrow points of view also, and I just ignore those. Or maybe not even ignore, maybe I point them out and say we don't have to do that.

For instance, in the tradition of Kashmir Shaivism or Trika Shaivism, the actual texts and scriptures say that every phenomenon has total equality. No casteism, no classism, no racism, no misogyny.

But of course, then you read about in some text now and then that the women, the tantrikas, are only there to service the male realization, to help the men realize. They're just basically tools. I just discard that.

And as I've said many times, I feel like one of the opportunities of Jaya Kula is that we can try to embody the tradition in more of its pure wisdom and not as inflected with those -isms and -ogynies. So as you're recognizing those things, you should just feel free to recognize them and discard.

STUDENT 3
How to navigate is my difficulty at times when these conversations arise with someone who's definitely more limited? How to like navigate that space?

SHAMBHAVI
I was thinking today, you know what have I learned over the last years of there being much more open public discussion among certain swathes of people about racism? And I was just wondering to myself, what have I learned?

And the main thing that came up was I've learned that it is not kind or appropriate to tell someone who has been oppressed and marginalized that you have a different view from them and that they should adjust their view according to what you know, I think. [laughs]

You know the fact of the matter is that in areas to do with misogyny and racism and other kinds of things like that, I have been engaged in thinking about those things my whole life and in a very personal way, not just as some sort of academic study. So I do run into people who are just having a much more narrow view of things. And of course, my spiritual practice has informed that.

And sometimes I have erred and tried to bequeath my bigger view on somebody who was very, very attached to their view. And I've learned that that is just not okay to do. Right?

As someone is in recovery from all of this violence, they should be left to figure things out in the way they want to and have whatever attachments they want to have as they're going through that. And then it's not my place or helpful at all for me to go spouting off about what I think unless in those very rare instances there seems like some kind of opening and a question has been asked. But I think you just leave people alone.

That is the conclusion I've come to—that everybody is in their own process. And that process includes attachments to things that I used to be attached to but I'm not attached to anymore, like identities of varying sorts.

So that's what I've come to you know, in this last maybe five or six years, just go on my way, do my thing, and leave people to work things out how they do.

I don't need to declare anything. I think it's kinder.

Not because we live in an age of consent and we must have consent. It's not that on that level. It's actually that it just wouldn't work. If you don't have someone's permission, it's not going to work.

You know, no matter—it doesn't matter how enlightened anyone is. If someone else doesn't want to share in that wisdom with you, they aren't going to, and they have to consent first.

And it's the same with any of this. Like there’s subtle forms of consent that can happen, but if that's not there, we just go on our way.