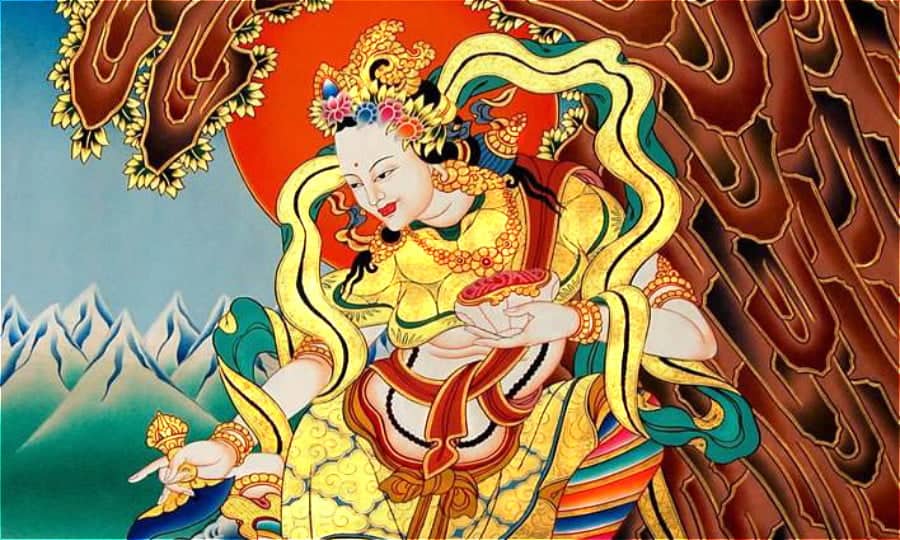 Padmasambhava told his principle disciple Yeshe Tsogyal not to fabricate even so much as an atom. Shambhavi talks about how fabrication, exaggeration, and lies block our spiritual life and hurt our health. Honesty is the number one foundation for having an authentic spiritual life. A podcast from Satsang with Shambhavi

Welcome everybody. So I usually ask you for a dharma talk topic. But tonight I wanted to talk again about something I’ve talked about many times before—honesty. There’s a wonderful quote that’s been a guideline for me for many years. Those of you who have been my students for a while already know what it is. It’s from a book of advice from Padmasambhava.

There are infinite buddhas, but Padmasambhava is called the second Buddha, after Shakyamuni Buddha. He was also called Guru Rinpoche. He was born in India and lived in the 8th century. There are different stories of births of an avatar. The more esoteric story about him was that he was born in Oddiyana, which is basically one of the birthplaces of Trika Shaivism. He was an incredible siddha.

Padmasambhava had two principle disciples. They were both women, and they both had to argue with their parents to be allowed to not marry and become the students and consorts of Padmasambhava. They were named Yeshe Tsogyal and Mandarava.

Yeshe Tsogyal and Mandarava introduced many practices into the human realm. They both became dakinis or buddhas in their own right. Particularly Mandarava has a practice called the Long Life Practice of Mandarava. It’s for preserving life and healing and things like that. It’s a practice that my Dzogchen teacher used to do very often and teach.