Anatomy of a Soft Cult

I think it’s time to start a conversation about soft cults.

Most, if not all of us, have been willing participants in a soft cult.

The primary marker for any cult is that it is populated by people who are attached to defining themselves as higher than, better than, more evolved than, or simply at the forefront of something, someone or everyone else. Cult leaders must defacto define themselves as having something that followers need, lack and couldn’t obtain anywhere else.

A soft cult serves the same needs as a regular cult, but in ways that are less recognizable as a cult because they are more socially acceptable.

A soft cult leader manipulates followers, but with a softer, yet still pervasive reality distortion field that can slip under the radar of even experienced cult-phobes. There is no hard-core indoctrination. But over time, the gentle seepage of lies, exaggeration, obfuscation, incessant criticisms of and contrasting with others, self-aggrandizing self-definitions, the encouraging of competitiveness and more subtle varieties of fear-mongering take their toll.

Some soft cults are socially acceptable to almost everyone.  An example of this kind of soft cult is the 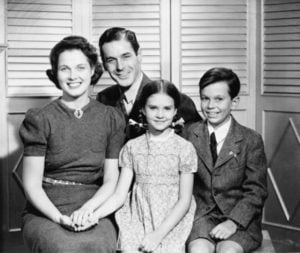 American family. Many an American family develops a semi-isolationist culture that promotes its values and lifeways over and against the values of other families. This is the micro mirror verison of American exceptionalism. “Our family is the best.” The fact that anyone even cares if their family is the best, or thinks that this is a possible metric, is evidence of a soft cult.

Soft cults often hide more questionable activities behind a socially acceptable front. So, for instance, the United States. Or a spiritual group that fronts as a health, educational or charitable organization and intentionally masks a core group under the sway of a soft cult leader.

Soft cultism often escapes detection because it is mixed in with other stuff that is genuinely helpful or beneficial to some people. Many corporations make useful products, but corporate culture often has the hallmarks of a soft cult.  Likewise, a spiritual teacher might have some good techniques to teach, but can still be lying to followers and attempting to manipulate their thoughts and emotions in ways that are less obvious than say, Hitler.

People in soft spiritual cults who know it often justify their participation by trying to weigh the benefit against the manipulation. And isn’t this the situation of every worker who has a crappy boss but doesn’t leave?

Let me say this more clearly: A cult — soft or hard — is any group that claims to be the best, the highest, or the vanguard. A soft cult leader is selling a unique accomplishment only obtainable through participation in the group, such as security, success in life, fame, salvation, ascension, kundalini rising, special powers, enlightenment, perfect health, or the ushering in of the new age.

Some of the tactics of soft cult leaders are the same as those of regular old cults: lying, hiding, exaggerating, seducing, controlling, attacking, compartmentalizing, fear mongering and denigrating those who leave the cult. Just like their hard cult counterparts, soft cult leaders are vigilant, watchful, criticism phobic and ever ready to flip into damage control mode.

But soft cult leaders specialize in masking their behavior by misdirecting the attention of followers. They do this by convincingly mimicking virtues such as modesty, honesty, clarity, compassion, logic and reason.

Soft cult leaders will criticize others for cult-like behavior and put on a show of genuine-seeming distaste. They will accuse others of undue power mongering, dishonesty and seduction. They will pretend to respond to criticism with openness and humility while vigilantly refuting every point and undermining or slandering their critics using “reason” and displays of “compassion.” They will sow seeds of confusion about their behavior by battering followers with “logic,” spiritual “teachings” and reasonably couched mis-information rather than tirades or direct threats.

A soft cult leader can even mimic taking responsibility for their not-so-great behavior. “I am sorry you are upset,” instead of “I am sorry for what I did.”

A soft cult can be a family, a couple, a workplace, a school, a group–spiritual or otherwise, a nation, a movement or maybe even a world.

So what soft cults are you in?