Unborn in the U.S.A.

Ramblings of a Tantrik Renunciate at Large

You know. Renunciates. Those oh-so-spiritual folks sporting shaved heads and orange robes, or natty dreads and tattered loin cloths. You’ve seen photos of them sweeping floors in ashrams, blowing horns in monasteries, prostrating along mountain roads and proselytizing in airports. They don’t have sex or eat meat. They can’t get married, have kids or any fun at all. Right? 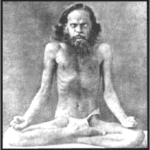 I live in the U.S. I’m a renunciate householder. I don’t live in a monastery, wear robes, profess vegetarianism, or anything, really.

This essay is in part an attempt to open a few doors and windows with regard to renunciation.

It’s partly a coming out.

And it’s mostly the love song of a Western renunciate at large.

Sannyasa (संन्यास, saṁnyāsa), the renunciate tradition of India, is one of the four ashramas, or stages of a traditional Vedic lifestyle. According to scriptural convention, sannyas is taken in old age after you have fulfilled the householder duties of career and raising and marrying off your children. You then retire to the woods and use whatever energy you have left to do full-time sadhana (spiritual practice).

In reality, sannyasinis (female) and sannyasins (male) live in many different circumstances and are of all ages. Some contemporary sannyasins live in monasteries. Others take vows to remain for only a few days in any one place unless requested to stay longer for the purpose of teaching.

But historically, sannyasins have wandered alone, unbound by prescriptions and vows—unbound even by the imperative to perform specific rituals or sadhanas.

Sannyas means to lay everything down.

In mainstream Indian lineages, this laying down has mostly comprised radical, but still highly conventional acts of renunciation. The initiation into sannyas involves conducting one’s own funeral rites, donning orange robes, shaving one’s head, leaving ones family and friends behind, eschewing the eating of meat and the pursuit of career, and practicing celibacy.

This version of “laying down,” is rather gross according to my teachers.

Inner sanyas (renunciation) indeed is true sanyas. To have sanyas is very fortunate. To leave aside everything. Sanyas means annihilation of everything. Negation of sense of negation. To take sanyas and to have sanyas are not the same. (Ma in Her Words 22, http://www.anandamayi.org/books/Mawords.pdf)

To negate even the sense of negation… This will take some unpacking! 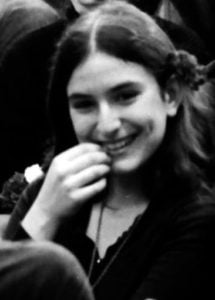 Despite my many limitations and having been born in the U.S., I have been instinctively treading the path toward sannyas since early childhood.

I came into this lifetime with a feeling of estrangement from what people around me experienced unquestioningly as normal and natural. I was upset that we lived locked away in families and houses, or even that we were stuck on one planet when there were obviously so many others with beings living differently.

I used to ask my mother why the things that were here—cars, dishes, buildings and so on—were the things that were here. Why weren’t there other things? I was painfully sensitive to the brutality and ordinary grossness with which people related to each other. I always knew, in a deep and often desperate way, that there was more, much more, to life and reality than what I could see.

In my dream life, I wandered, and still do, through lands, cities and towns, through lifetimes—my own and those of others—with a sense of wonder and curiosity at the diverse forms of beauty and existence I encountered there.

Sometimes in my dreams, I would wander through villages as people slept in their beds, or through homes where people were gathered doing what families do together. I would feel a kind of wistfulness, and also a recognition that those insulated forms of life were not my own.

Since early childhood, I have been trying to peer around, through and behind appearances. The longing to know myself and reality sometimes made me irritable and upset. It drove me to search relentlessly within myself and everywhere else for a bigger glimpse. And eventually, in my mid-twenties, my curiosity and longing drove me into Tantrik spiritual practice despite the fact that at the time I was a professed atheist and knew absolutely nothing about India.

I ended up studying Tantra because of an unerring inner compass that has never failed to direct me to what actually works, to what is actually useful and valuable. No dogma or fixation of my own or anyone else’s  has ever succeeded in messing with that compass, and I am grateful for that.

I have been compelled to follow this compass, even when I felt great fear, and even when it meant leaving people, places, things, safety, jobs and conventional wisdom behind. More importantly, I followed that crazy wisdom when it prompted me to  ignore my own cultural snobbery and begin studying and practicing under the guidance of one and then another somewhat new-agey, flowy-skirted, yet excellent teacher of Indian Tantra.

Years later, I got initiated, received instruction in both Trika Tantra and the Tibetan tradition of Dzogchen, and started doing a whole lot more seated practice.

Gradually, life organized itself around my sadhana. Family responsibilities and relationship demands lessened. I quit my academic job and found myself in the position of having to work only ten hours a week to support myself. I didn’t have to go into any office, or be any place in particular.

I was free to do sadhana all day long if I chose, and at that time, I often chose to treat my life as a semi-permanent retreat. I practiced hours a day, undisturbed.

At some point during this period, I read Swami Satyananda’s book Sannyasa Tantra. In it’s description of sannyas, I recognized what I had always felt, been and longed for.

I immediately spoke the vows described in the text.

Aum bhu sannyastam maya
I lay down all attachments to the earthly plane.

Aum bhuvah sannyastam maya
I lay down all attachments to the astral plane.

Aum svaha sannyastam maya
I lay down all attachments to the heavenly plane.

One way of interpreting these statements is as an affirmation of the natural inclination and intention to lay down all attachments from the most gross to the most subtle.

Ultimately, one lays down all conditioning: every concept and contrivance. The ultimate renunciation, the ultimate detachment is sahaja—total, uncontrived, spontaneous naturalness that is not conditioned by past, present or future.

One realizes even the provisionality of spiritual traditions, precepts and views. They are necessary and useful, but in the end, there is only aware livingness, and that is the only teaching.

In the tradition of Kashmir Shaivism and other direct realization traditions such as Dzogchen, total, uncontrived naturalness is the definition of enlightenment. These traditions understand that what is ultimately realized through practice is simply the effortless, natural state of existence.

If Self-realization is effortless naturalness, then for a realized person, the external form of one’s life makes no difference whatsoever. The foundation of existence is beneficent, and one will simply be that in any form of life one inhabits.

Perhaps because Kashmir Shaivism and Dzogchen have this understanding, they have generally been householder, and not monastic, traditions. Renunciate householders in the largest sense of renunciation, have been the norm.

A matter of degrees, not decrees

So what makes a sannyasin different from anyone who has discovered the desire to wake up?

I’m not totally sure, but I think it is simply a matter of degree. What Anandamayi Ma calls inner sannyas can only emerge out of an embodied understanding of what this reality actually is.

Sannyas is not accomplished by taking vows; the vows express what one already knows to be the truth of one’s existence.

We all have a little understanding of ultimate reality, or there would be no path, no longing and no yearning for more. One cannot long for or seek that of which one has no experience.

But for the sannyasin, that understanding or glimpse must be or become the most powerful force in one’s life, superceding all of the noise of culture and convention and waking one up to divine curiosity.

Having heard that voice, as Anandamayi Ma says, one’s desire to hear anything else fades radically. And for this reason, and even though there may be impediments that take lifetimes to eradicate, the sannyasin is willing to see the reality of all attachments, including attachments to family, success or failure, and to spiritual traditions.

When I was a child and young adult, I felt nothing in my life, neither my relationships, my educational life, or later my work life, ever asked from me even a small portion of what I had to offer.

I wanted to express everything, to be fully exposed and to use absolutely everything that could be called me to wake up and be of service to others. To be of service in the thorough, no-holds-barred way that I intuited is possible meant discovering the equality of all phenomenon. There could be no special loves, no special attachments, no pulling back, holding back or recoiling from any aspect of life as it is.

Everyone is a friend. Everyone is family. Every place and no place is one’s home.

This what I wanted, but many karmic obstacles and obscurations blocked my way.  Frustration became a constant in my experience. But also persistence and a kind of spiritual sobriety that is the partner of the unstoppable determination to know oneself and what this reality actually is.

Sannyas for me has been a continual effort to open my heart to everyone and in every circumstance. What this has lead me to is the direct understanding that manifest life emerges from the heart of reality much like a mandala or yantra emerges from the bindu at its center. That heart is everywhere, continually overflowing with wisdom and devotion.

Unborn in the U.S.A.

When one lives in spontaneous response to immediate circumstances, with no defensiveness or aggression, a tremendous freshness arises. Life becomes playful and tender. Simple intimacy with others becomes a grand adventure full of subtlety, surprise and wonder.

My sannyas is still a work in progress. I am far from fully awake. But I have found in sannyas a form of life that feels utterly natural and deeply nourishing. I am constantly called to work at the edge of what is possible for me given my limitations. This is what I always longed for, and I’m going to enjoy it until even the beautiful flower of sannyas dies and falls at Ma’s feet, leaving nothing but that.

Love to everyone,
Shambhavi

Not all those who wander are lost.
−J.R.R. Tolkien, Lord of the Rings