Divination: a Guru in your Pocket

Just about every religion or spiritual tradition, and every culture on earth, has developed forms of divination. This includes Christianity where battles rage about whether divination is holy or unholy, pious or pagan.

One pastor wrote: “Divination is forbidden not because it does not work, but because it does. It works to put people in touch with spiritual forces and secret knowledge.”

In many cultures throughout history, divination has been used to assist with making choices about everyday life whether you might be a farmer, a merchant, spiritual leader, a yogi, a warrior, or a government. 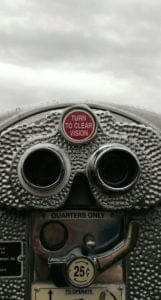 From the perspective of the Indian, Tibetan and Chinese traditions of divination with which I am familiar, divination opens the door between the diviner and enlightened wisdom. It works because the creation is alive and aware. It works because one way of accessing primordial wisdom’s play is by participating in its constant languaging.

The languages of divination are words, symbols, gestures, sounds, the five elements, bird flight, stars and planets, omens and visions. The diviner learns that all of Reality is engaged in a multi-dimensional conversation with itself. Divination is way to participate skillfully in that conversation.

The various forms of divination are languages which the less wise (aka us) use to speak directly to primordial awareness showing up as ancestors, wisdom teachers, or in no form at all. The diviner is one who understands the language of a particular method of divination intimately and can use it to talk, in a real way, to living, primordial wisdom.

Some people think of divination as fortune telling or prediction, but this is an impoverished view. The more profound and accurate orientation toward divination is that it teaches you how to use your freedom now to make choices and adapt skillfully to life’s ever-changing circumstances. By doing so, you create more freedom and spaciousness in your life going forward.

What I have just described is the process of spiritual unfoldment. Divination, if used properly, functions much like a Guru. You are the disciple of wisdom and the divination form functions as the vehicle for the teaching.  And just as with a Guru, the guidance you receive often entails a great deal of surrender if you choose to follow it.

I played around with divination in my 20s and 30s. I first started studying divination as a discipline in 2001 with the Daoist teacher Liu Ming, who has also written one of the best  available commentaries on the Zhouyi (Yi Jing/I Ching). I count those teachings among the most precious I have ever received. It would take many pages to say why this is so. But apprenticing to a particular method of divination – just as one apprentices to a teacher – requires surrender, determination and devotion. Along the way, one learns how to follow wisdom and understand the grammar of Nature’s communication with itself. Wonder of wonders.