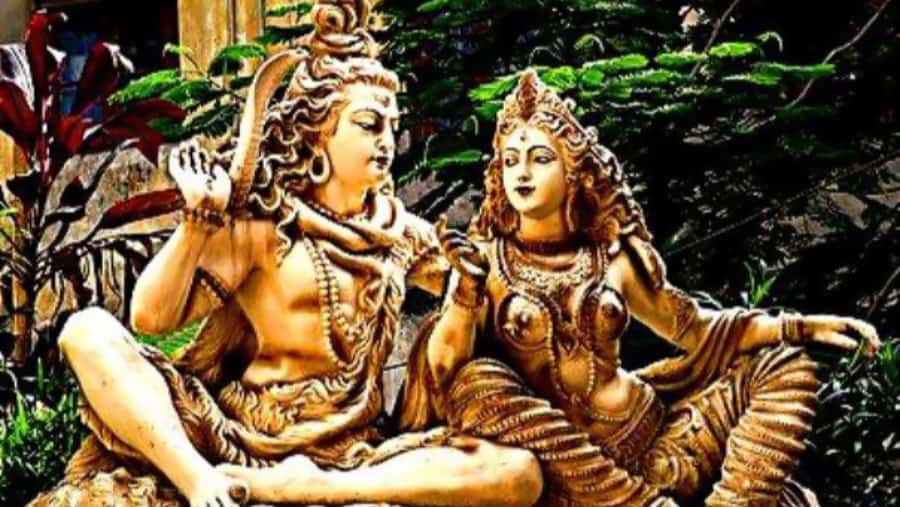 Speech is Shakti, but everywhere you go in the tradition, you hear the sound of men talking. How ironic considering that the Supreme Goddess, Vac, is the primordial sound that pervades and births all; that the letters of the Sanskrit language are called “Matrikas” (little mothers); and that Devi Sarasvati is the Goddess of Speech.

How doubly ironic in that Shiva is the Supreme Host, blissful under Kali’s feet and utterly silent.

Some of the male teachers I have had are far from being macho, sexist pigs. (Hey, wait a minute, pigs are great animals!)  However, it is still true, by and large, that men consciously or unconsciously assume the position of the definers and shapers, the speakers and writers.

It is equally true that many women reflexively assume a back seat when it comes to exercising the power of speech. In every spiritual community in which I have participated, women have used more hesitant, self-abnegating forms of speech or have remained silent or have struggled with more or less success to interject their voices between those of their male counterparts.

Every generalization has its exceptions, but as they say, these prove the rule. Translation: if you find yourself combing your memory for examples of men and women in your communities who do not fit these patterns, then you have succeeded in proving that the larger numbers of us do.

We can point to some well-known contemporary women teachers and a smaller number who are contributing to the written tradition. But the vast preponderance of accomplished practitioners who assume prominent teaching roles and/or who convey their teachings in writing are men.

This is the fact, not a criticism.

In the Upanishads, it is written that men need to become Shakti. This is one way of describing Tantrik sadhana. The practitioner (male) realizes himself as Shakti (primordial energy), and so meets Shiva in an eternal embrace.

Another way of looking at it is this. The manifest world is Shakti in action. It’s a lot easier for most of us to meet the manifest than it is to meet formless. So we enter through Shakti to meet Shiva. All ritual is based on this premise.

But how many men do you know who manifest the capacity of the host in their day-to-day conduct? In fact, our cultures devalue the male host. We only value productive activity. And men produce a lot of stuff, particularly a lot of words.

Many male practitioners could benefit from exploring the position of the silent, supportive host right from the start.

In the same way, women practitioners need to become Shakti.

Thousands and thousands of times in a woman’s life, she encounters the situation in which it is automatically assumed by both men and women, including herself, that her ideas, her talk, or her writing, are less important, less true, less informed, and every other “less” you can think of, than the ideas, the talk, and the writing of men.

This plays out in the social and spiritual realms every day, indeed every minute of every day. It arises in gross and subtle forms. But the fact is, if you are a woman with something to say, you are up against a lot of negative social conditioning.

In Tantrik traditions, when the subject of the relative power of men and women is brought up, there is often a rush to point to the numbers of powerful female deities and the tradition of female teachers or yoginis. But this is, frankly, a diversion that does not fit the actual, lived situation for men and women in our traditions.

For instance, in nearly every ancient text that discusses the details of sadhana, instructions are geared toward the situation of men, physically, economically, and socially. Contemporary books that attempt to include women often do so with mixed results.

Because women practitioners have not written most of the texts of the tradition, we do not have many records of the approaches to sadhana of women adepts. We don’t know, by and large, what women have discovered about practicing in a woman’s body while leading a woman’s life.

Buddhist women practitioners teach, speak publicly, and write in greater numbers than their Hindu counterparts. The entry into more prominent, defining roles in spiritual traditions has been even slower to manifest when it comes to women practicing in Indian Tantrik traditions.

If you are in a nondual tradition, you might get told that “gender doesn’t matter,” or even that it doesn’t exist. But the Ardhanarisvara Shiva is not a blur of boobs and biceps. In this half-woman, half-man manifestation, every detail is articulated: all female and all male capacities can be seen and are available for experiencing. Difference is never rejected; it is celebrated.

Male and female are aspects of life’s expression. Each person can dance both parts, but to realize this balance, we have to learn and explore both parts.