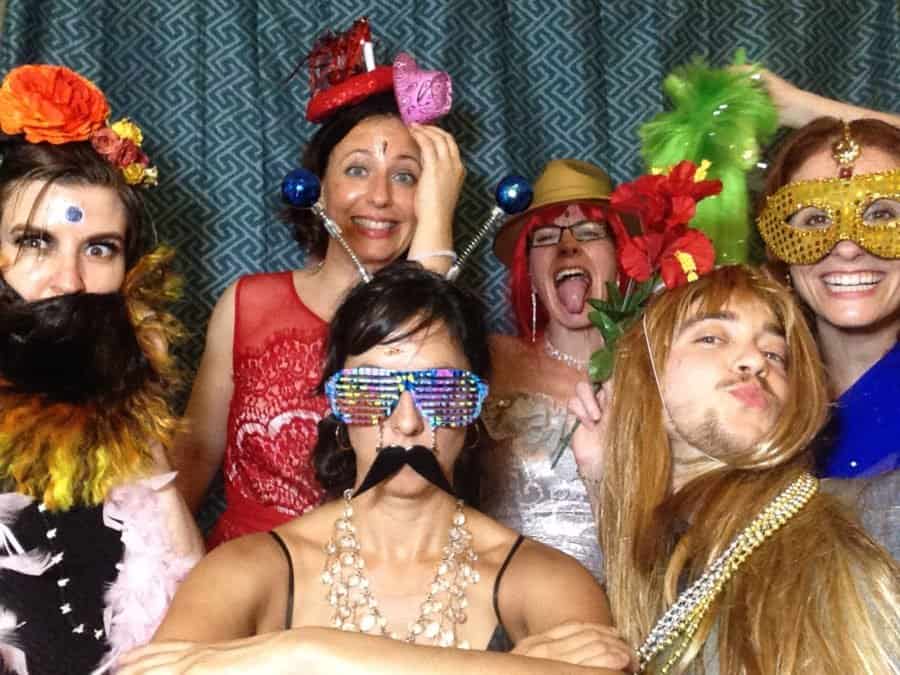 The pantheon of Hindu and Tantrik deities presents us with a playground of playfully shifting gender expressions.  Nonetheless, the force of conventional gender role expectations and confusion plays itself out everywhere in contemporary spiritual communities.

DEITIES AT PLAY IN THE FIELD OF GENDER EXPRESSION

The traditions and lineages that comprise both “Hinduism” and Tantra feature the worship of deities who rarely manifest conventional gender roles.

Lord Shiva and other male deities appear regularly in half-male/half-female forms. Lord Ganesha has an all-female incarnation. Cross-dressing is a thing. Everybody gets to wear jewelry and grow their hair long.

Gods of both sexes shift gender at will. When shifting into female forms, male gods have sex with females, marry females, and even give birth.

Male gods ritualistically accept each others semen as in the Shiva Puranas when Agni, the fire God, takes Lord Shiva’s semen and swallows it.

The mixed semen of gods may also result in a child either through surrogacy or some magical means.

The female aspects of the divine are even more gender-bendery. Unlike in the Tibetan Buddhist traditions where the female aspect is passive and the male is active, in the older Hindu and Tantrik pantheons, the original roles are preserved.

The female aspect is the active principle of creative power or energy, and the male aspect is the passive, feeling-consciousness principle, also called the Host. Shakti rides on or emerges from the supine Host, Lord Shiva, to create the world.

Shakti is wildly active while Shiva is entirely inert without her.

Female deities give birth parthenogenically from their foreheads and create life in all sorts of magical ways.

They ride tigers and lions, consort with wild animals, drink blood, fight demons, have sex with whoever they want or don’t when they don’t, cut off the heads of just about everyone, and hang out in cremation grounds dressed in rags.

My Guru, Anandamayi Ma, at times incarnated as Durga or Chinnamasta, both fierce female deities, and, at other times as Krishna or Lord Shiva.

She also used “she” and “he” to refer to herself. And also both Narayana and Narayani.

The meaning behind the madness

While we talk about the Shiva and Shakti aspects of Reality as separate, in fact, they are always together and must both be realized in full by each person.

When we look at our actual, lived condition, many women have been taught to supress their fierceness, and many men don’t know how to host.

This must be approached as sadhana.

In many spiritual communities, women and more shakti-identified men do most of the engaged hosting and maintaining work. Some men prefer to remain more on the sidelines, supporting in ways such as by giving money, or just by showing up.

Believe it or not, there are still many young and/or progressive men who feel it is beneath them, or not worth their time to do the hands-on work of supporting their communities. And despite what the ancient tradition has to say, male peers often act out their assumed privilege and communicate in subtle and not-so-subtle ways their conception of women as lesser than.

Women are more reluctant to speak up, take teaching roles or in general take responsibility for having done a lot of sadhana and realized. Women intentionally round-off the edges of their clarity and  hold back their “shine,” so as not to provoke disapproval.

In our Jaya Kula community, even hip, young women are sometimes  reluctant to take on jobs that are culturally coded as male, for instance, helping to set up our electronic devices (computer, camera, mic) for our live-stream broadcasts. Women students find it harder, in general, to let someone have a difficult moment without rushing in to offer comforting hugs or words, and they often demand these from others.

Gender karma is the most fundamental, pervasive karma.

Gender connects us to the most fundamental Reality: that of the possibility of having an experience of separation and then of coming together again.

This possibility is encoded into Reality in the living metaphor of Shiva and Shakti, the eternal couple that is always together in an absolute sense, but experiences the pulse of separation and reunion as playfulness in the field of manifest life.

Gender karma comes into play when we are experiencing separation from our fundamental nature. We recognize the separation, but not the more fundamental continuity. In this circumstance, we are anything but playful.

The second step is to begin to recognize gender karma patterns as they operate in spiritual communities and in our individual lives.  Once we recognize a pattern, it naturally begins the process of unwinding over time under the influence of continued sadhana.

Ultimately, sadhana helps us to recognize all of the wisdom virtues of Reality within ourselves and to express them more fully. Then we can play with gender expressions, knowing them to be nothing but costumes of divine unity.

Photo is of students of Jaya Kula at our 2016 Tantrik Birthday Ball.