What do you do?
I’m a spiritual teacher.
How many students do you have?

What did you do this weekend?
I taught a meditation class.
How many people came?

A friend of mine told me this story.

He was a young Buddhist in the 60s. A famous Tibetan Lama who had never been to the U.S. agreed to come and teach at my friend’s invitation.

My friend asked the Lama the name of the teaching for the advertising. The Lama refused to say. In fact, he declared that he didn’t even want his name on the posters.

My friend protested. Do you just want me to write ‘A Lama is coming to give a teaching?’ You won’t get very many students if your name and the subject matter are not announced!

The Lama was adamant.

He traveled all the way from India to the U.S.

My friend concluded, I suppose those were the eight students he wanted.

Later on, my friend gave me one of the most precious teachings I have ever received—how to divine with the Zhouyi (Yi Jing/I Ching). 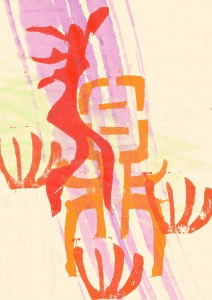 The teaching started out with around 10 students. People dropped out slowly but steadily.

Eventually, only myself and one other student remained. My friend never complained. He just kept teaching us.

Then the other student dropped out. I was the only one left. Still the teachings continued.

One week, I thought (erroneously) that I had something more important to do. I called my friend and said I was going to miss the next class.

That was it. The class was cancelled.

I still have a pain in my heart when I think of this.

At the time, I didn’t understand. But now, having become a teacher myself, I know that as long as one person truly respects the teachings, the teachings can continue. Without that, the teachings have to stop.

Even so, my passion for divination was sincere. Because of that, and despite the fact that I had lapsed temporarily into stupidity and ingratitude, my friend continued to sit with me now and then and answer my questions.

Later, I recognized that the greatest nourishment available to a teacher is in finding other devotees like oneself, not in being a teacher to many students.

I experience joy witnessing my students’ reception of the teachings, their discovery of more spontaneous self-expressiveness, and their unfolding capacity for playfulness and insight.

But if we are lucky, we find at least one other for whom there is nothing, absolutely nothing, more important than this process of waking up and discovering who we really are.

We find a traveling companion.

Now I understand that this is a very rare find, an exceedingly rare meeting.

I look back and contemplate the simple joy emanating from my friend’s face when we sat together and talked about divination, a wisdom tradition beloved by both of us.

He believed that we had met in a former life. I hope he was right. I hope we meet again so that I can offer my apology by sitting with him in wordless, immeasurable appreciation.